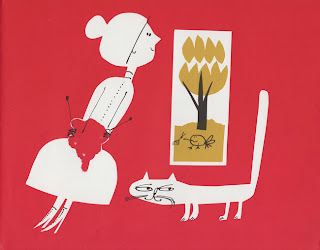 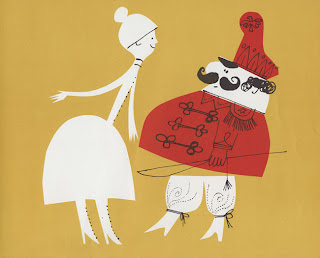 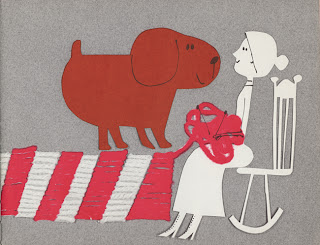 Abner Graboff is the illustrator who made ​​me love the 50's, he's an outstanding artist , each book is a treat !!! It's very difficult to find informations about him so i recommend you the fantastic blog of Ward Jenkins who interviewed Abner's son ( Jon Graboff ).
http://wardomatic.blogspot.com/2009/06/art-life-of-abner-graboff.html
In a few lines...
Abner Graboff was born on June 28, 1919 to a couple of Russian Immigrants, Joseph and Sonia who were the owners of a laundry in East Orange ( New Jersey). He's the first of two sons.
After his graduate studies he received a scholarship to the Parsons School in New York who wasn't a good school at the time. Another scholarship is awarded to him so he finished his studies in another school that no longer exists.
At the start of America’s involvement in the Second World War, Abner entered The Army Signal Corps and, because of his background in art, was sent to drafting school and learned the “art” of drafting schematics for radios.
Three months after his discharge, he met Vivian Linde, who became his wife with whom he has three children and began his career as an freelance illustrator and designer.
He has worked in the advertising world and has carried out numerous books covers, fantastic children's books and he would even be at the origin of the famous CBS logo ( the eye ) but he didn't receive credit for it...
Abner Graboff is characterized by the mixture of mediums he used to compose his drawings, he used everything he had on hand : photographs, papercuts, ink, pens, strings and even toothpicks !
He died in 1986 but it remains one of the greatest illustrators of mid-century !!! :)
I hope I didn't do too many spelling mistakes, I'm not very comfortable with English but it will come !!! I promise !!! :D
à juin 28, 2011