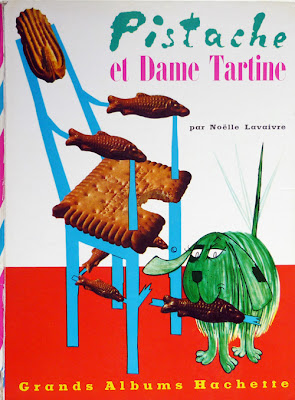 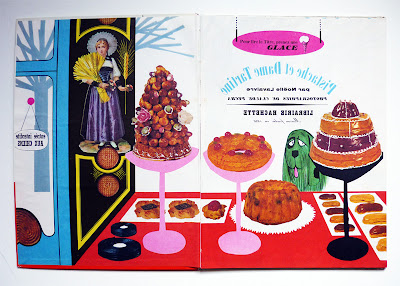 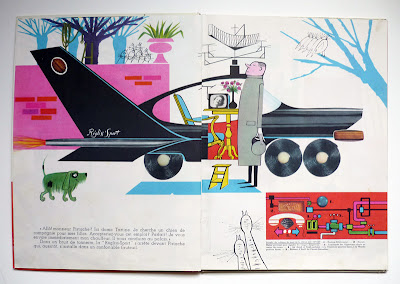 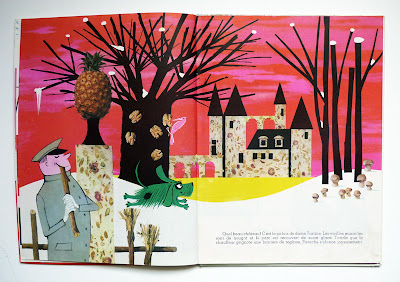 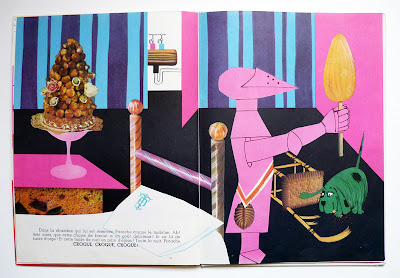 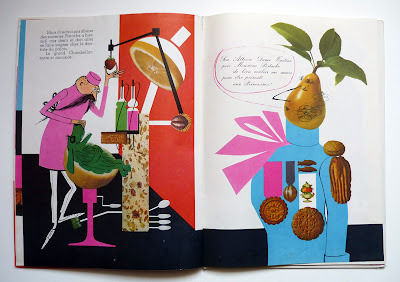 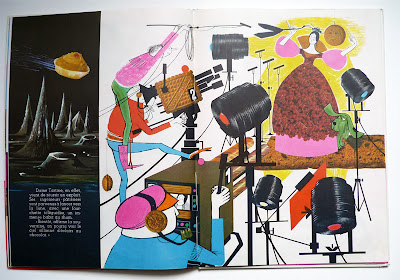 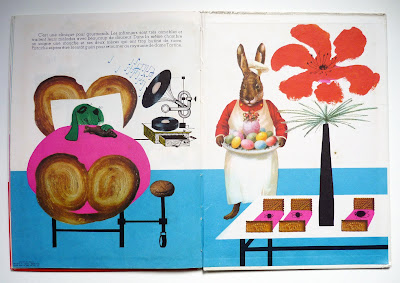 Noëlle Lavaivre was born in 1930 in Chamonix in France and works in Paris.
She still works as a designer in advertising and audio-visual and has made numerous generic animation for the television as well as a puppet tv show called "Les Patapluches".
She's an author and an illustrator of children books and crafts books.
This book is beautiful, i think it's one of the most crazy book that i've ever seen !
I like the choice of colors but what fascinates me most is the mix between drawings and food pictures... It works perfectly ! What an imagination !!!