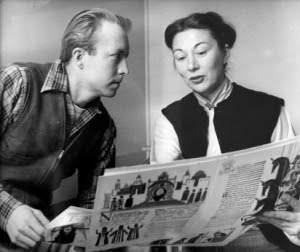 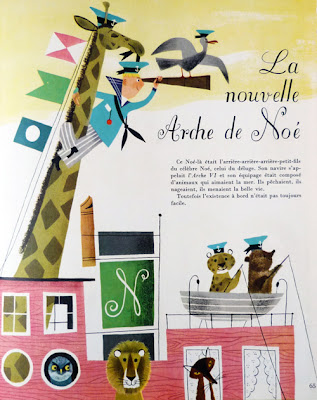 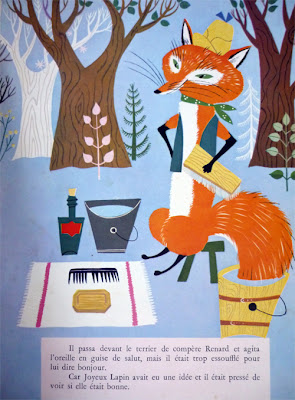 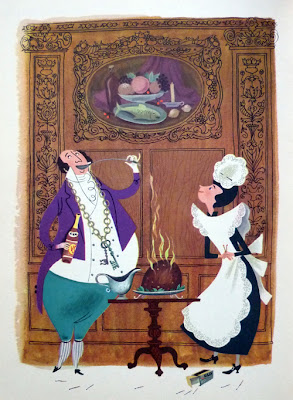 I think The Provensens are my favorite illustrators.
I can't deny it, I'm totally a fan :D
I hope one day I will have the full collection !!!
This is the most complementary duo I've ever seen, I often wonder what was their way of working...
There are so many similarities between Alice and Martin Provensen ... Every reason to believe they were made for each other...
Indeed, they were both born in Chicago, (Illinois.) Alice was born on August 14, 1918 and Martin on July 10, 1916. They both moved to California when they had 12 years
old. They both received a scholarship for The Art Institute Of Chicago, frequented the University of California, but on separate campuses. After graduation, Alice went to
work at Walter Lantz Studio (Woody Woodpecker's creator), while Martin worked with his rival Walt Disney Studio, where he collaborated on Dumbo, Pinocchio and
Fantasia.
Our dream team will end up meeting in 1943 when Martin will finally integrate the Walter Lantz Studio. They get married a year later and then they moved to Washington
where they worked on projects related to the war.
Once the war ended, they leave for New York where a friend helped them to find their first job, that's how they illustrated the Fire Side Book of Folk Songs. It's the beginning
of a great and wonderful collaboration.
In 1952, Martin created the character of Tony the Tiger, the mascot of Kellogg's.
Following that, they illustrated several "Little Golden Books" such as "The Color Kittens" or "Old Mother Goose and Other Nursery Rhymes" or "The Little Fat Policeman"…
During those years, The Provensens wrote and illustrated more than fifty books, received several awards such as The Caldecott Honor Medal and have been on The New
York Times list of the Ten Best Illustrated Books eight times.
After the death of Martin in 1987, Alice went on to publish but she confided : "In reality, Martin and i were one single artist."
à juillet 24, 2011