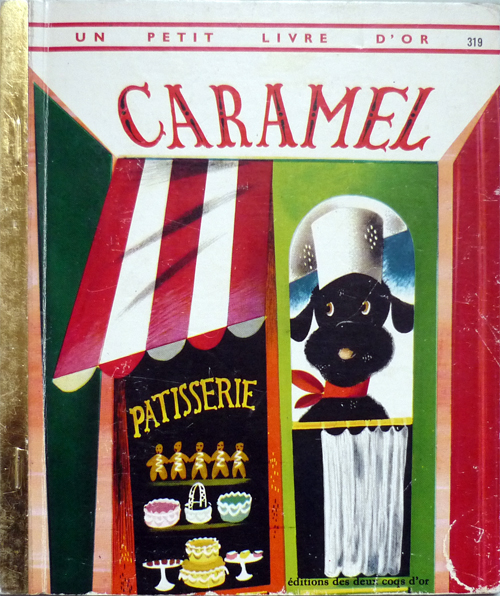 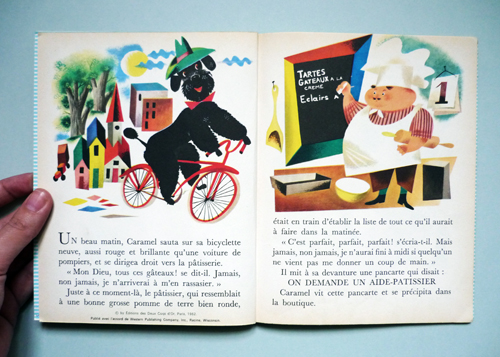 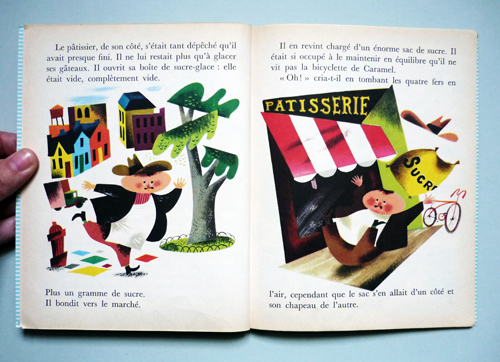 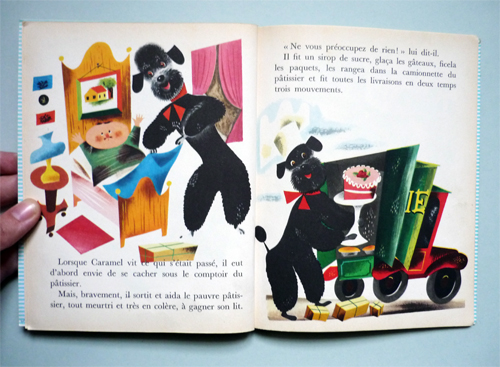 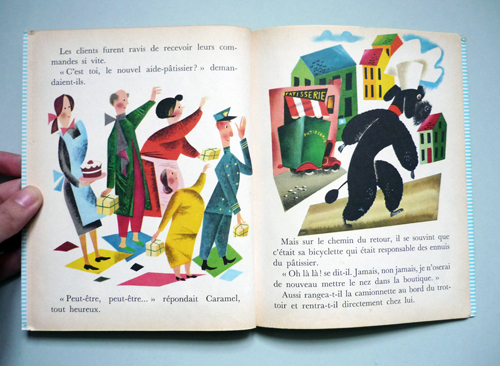 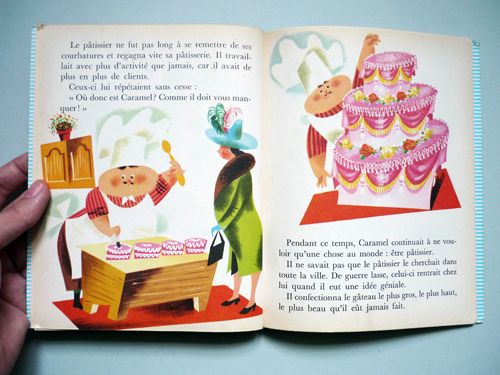 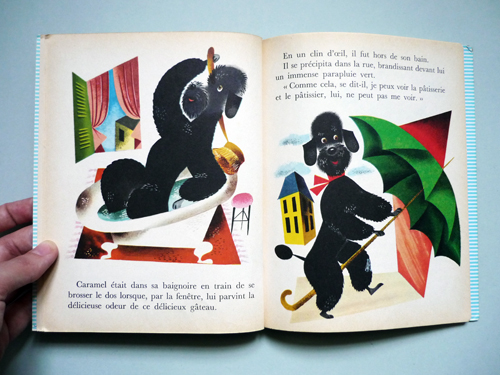 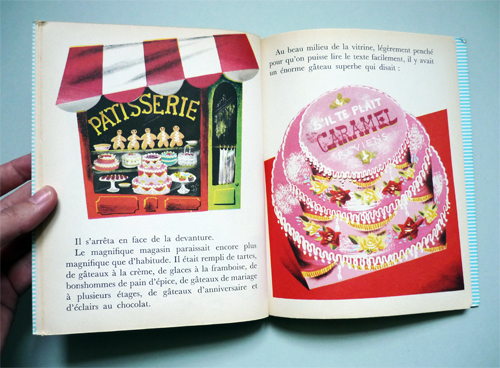 I have a lot of books I'd like to share with you but if I put all my books at once, the blog wouldn't have interest. Believe me it is hard to resist, sometimes i would like to put 3 or 4 books but it wouldn't reasonable! So I have to take my troubles patiently ! I have so many books, games, advertisings i would like to make you discover !!!! :D
Ok... So ! This is one of my favourite illustrator... Let me present Mr Leonard Weisgard !!! I'm such a fan of his work ! It has been months I wanted to talk about ...
I found this nice biography on the website dedicated to him :
http://www.leonardweisgard.com
Mr Weisgard was born on December 13 in New haven, Connecticut.
He spent his childhood in England and moved back to The United Stated when he has 8 years old.
At school in New York, he found illustrations monotonous and thought that the world could not be all that dreary and limited to only one color.
During his studies at the Pratt Institute and the New School for Social Research, he was influenced by primitive cave paintings, Gothic and Renaissance art and avant-garde French illustrators of children’s books of the 1920s.
He used a wide range of colors and media in his books, including gouache, poster paint, crayon, chalk, decoupage, stenciling and pen and ink.
Leonard Weisgard also studied dance with Martha Graham and worked in the field of window display. He began his career making illustrations for magazines such as Good Housekeeping, The New Yorker and Harper’s Bazaar.
His first book, Suki, the Siamese Pussy, was published in 1937, followed by an adaptation of Cinderella.
In 1939 the first of more than two dozen collaborations with Margaret Wise Brown was published, The Noisy Book. Their 1947 book, The Little Island,which Brown wrote under the pseudonym Golden MacDonald, won the Caldecott Medal for best-illustrated children’s book.
Weisgard also collaborated with other children’s book writers and wrote books he illustrated himself, sometimes under the pseudonym “Adam Green".
Leonard Weisgard married Phyllis Monnot in 1951 and they had three children, Abigail (1952), Christina (1954) and Ethan (1957). Leonard and Phyllis often worked together creating set and costume designs with Leonard sketching and Phyllis making patterns so the designs could become a reality. He designed the stage sets and costumes for several productions of the San Francisco Ballet, including The Dryad and The Nutcracker.
During the years he lived in Roxbury, Connecticut, Weisgard was deeply involved with children's education. He lectured extensively and worked closely with The American Library Association.
Leonard Weisgard moved to Denmark with his wife and children in 1969 where he lived for the rest of his life. His children and grandchildren - Ethan and Midoriko's son  Yuji (1989) and daughter Nanami (1987) - all live in Copenhagen.