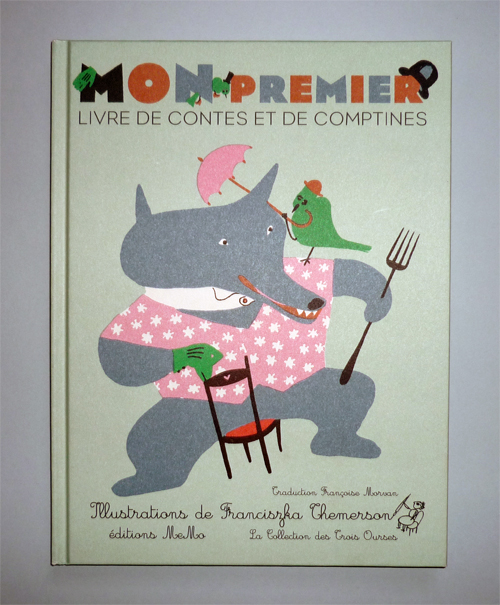 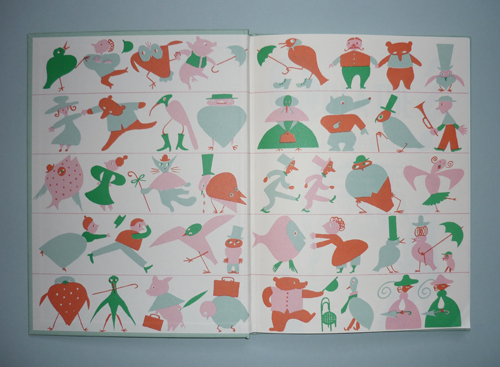 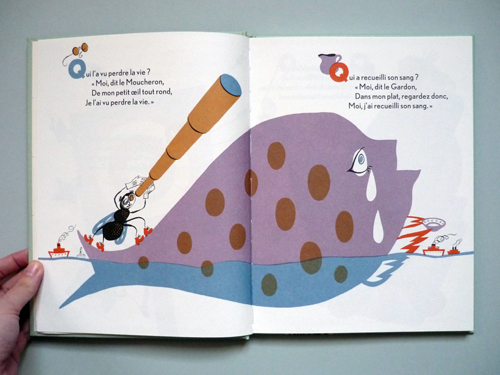 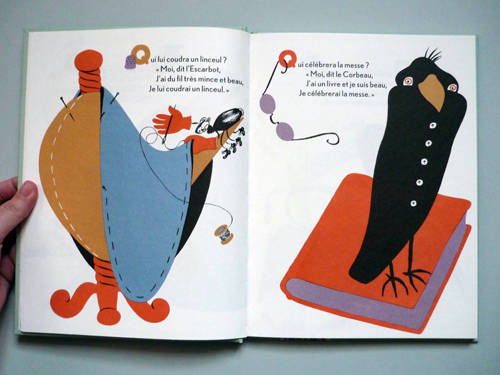 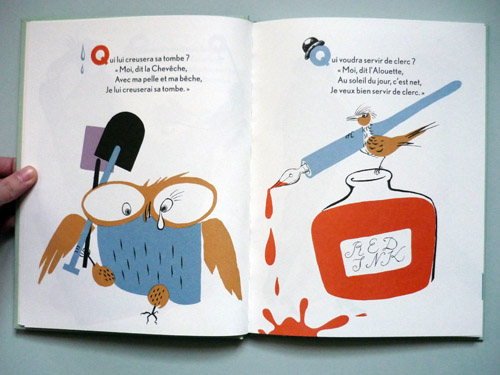 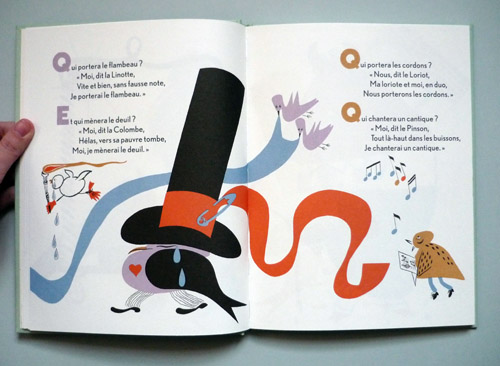 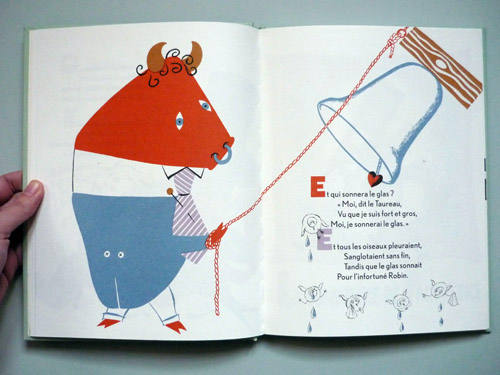 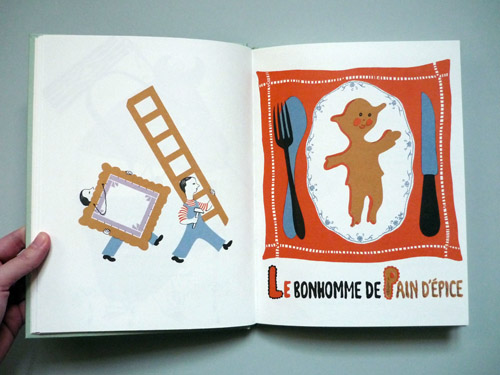 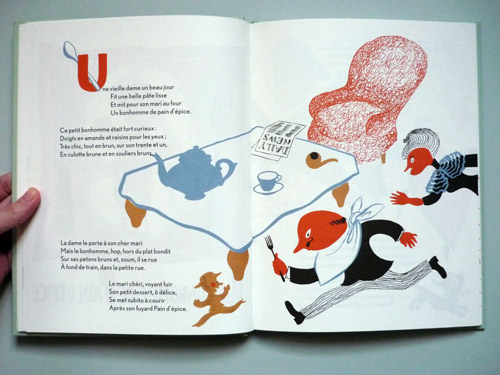 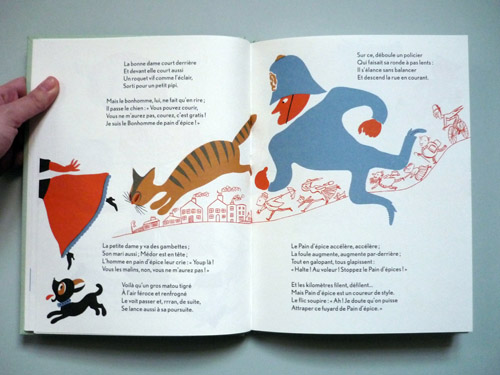 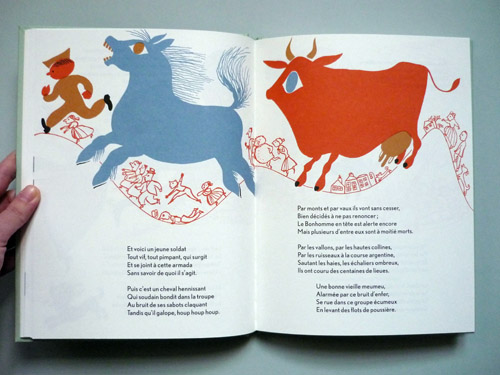 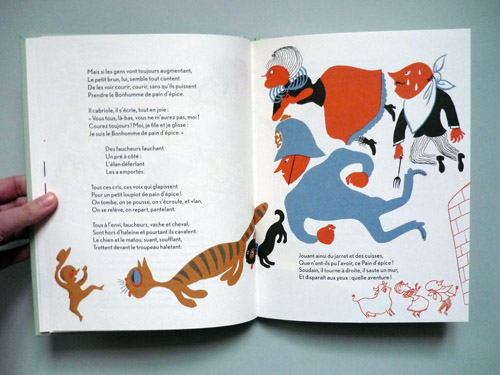 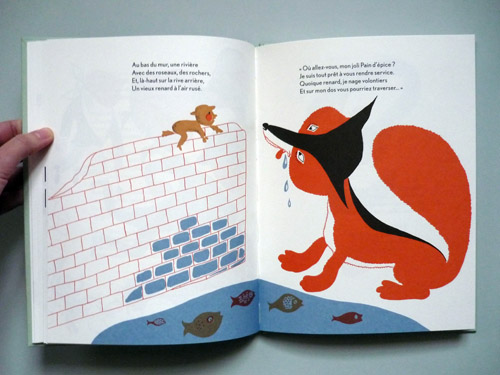 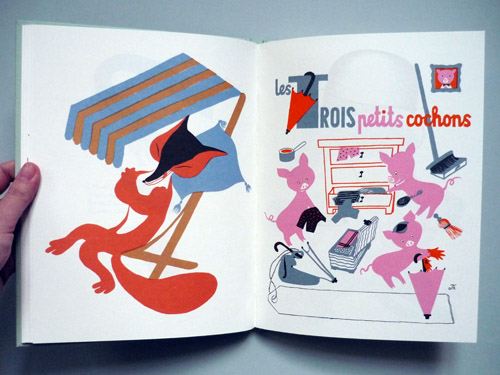 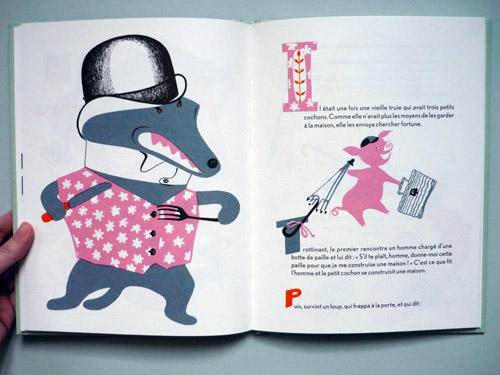 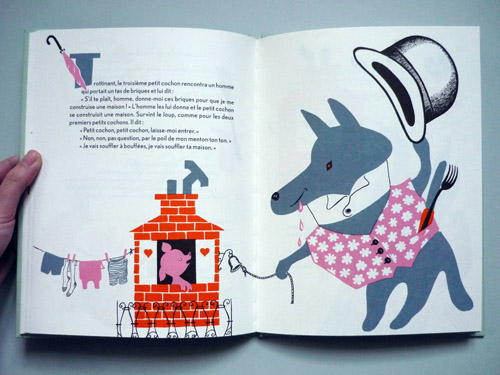 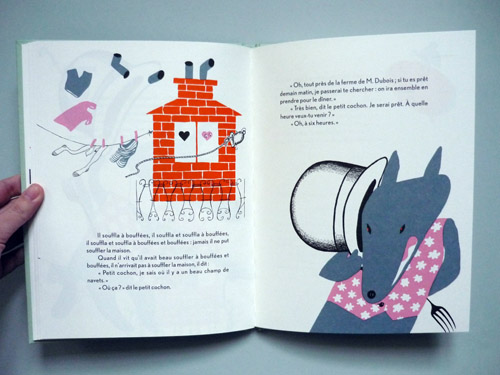 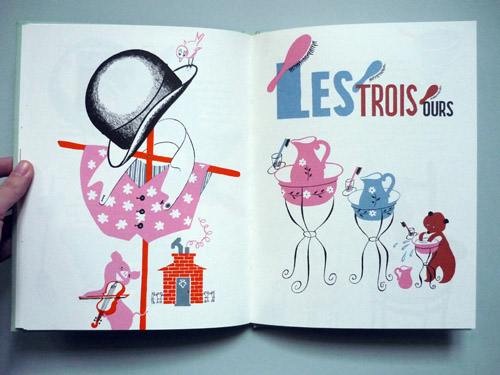 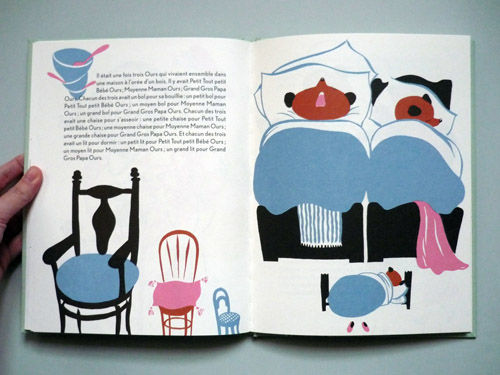 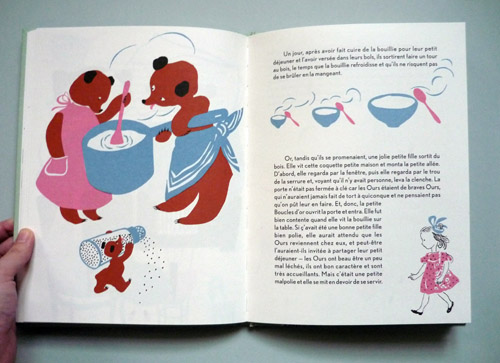 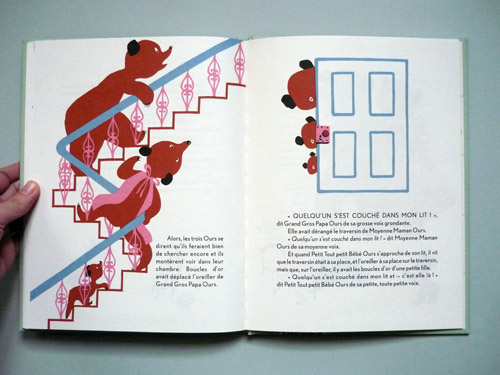 Recently, I mentioned a book called Tricoti-Tricota illustrated by Françoise Themerson, do you remember ?
OK, so Memo Editions has reissued this amazing book who contains four tales of the 40's, illustrated by her and originally printed in London in 1947.
Franciszka Themerson was born in Warsaw, she is the daughter of the artists Jakus and Lucja Weinles. Franciszka was painter, illustrator, director, a graphic artist and stage designer.
After her studies at the Academy of Arts of Warsaw, she met in 1929 the writer Stefan Themerson who will become her husband and with whom she collaborated on several projects.
Despite all her occupations, she always was passionated about drawing and has illustrated 59 books including 28 for children and 12 written by Stefan.
During the 30's, she has illustrated several books in Poland including the famous, Pan Tom Buduje Dom. ( Reissued in 2007 on the occasion of the centenary of her birth. )
In parallel, Stefan and Franciszka are making experimental films in Poland.
In 1938, they moved to Paris, the capital of all Avant Gardes at that time. Franciszka was illustrated two books of May d'alençon for Le Père Castor Editions called "Tricoti tricota" and "Tout en soie".
The Second World War upset Themerson's projects. After a forced separation, Stefan and Franciszka found themselves in London in 1942.
In 1948, they created Gaberbocchus Press, an independent publishing house which Franciszka was the Art Director.
Themerson's goal is to publish their own artworks but also to make discover the European Avant Garde Overseas.
They published for the first time in England autors like Guillaume Apollinaire, Alfred Jarry, Raymond Queneau, Kurt Schwitters.
They collaborated with the philosopher Bertrand Russell and published The good citizen's Alphabet .
Stefan will be the only English member of the Oulipo founded in 1960. They said they wanted to produce "best lookers" more then "best sellers." They conceived books as an artistic object as much as creative writing.
They were very influenced by the english nonsense, as it is shown by the Gaberbocchus choice, latinized name of Lewis Carroll, The Jabberwocky from The other side of the mirror, Francisza's favorite book.
In Peddy Bottom's adventures, Stefan's texts and Franciszka's drawings mix a universe of fantasy which denounced the cruelty of the world by absurdity.
à décembre 26, 2011